Venue Space I – Focus on Life

Isn’t it weird?  “Quality of life” refers to what is outside you.  House, car, friends, vacations.

Where is the term that describes the quality or quantity or flavor of the biological life we have within us?  Someone having “vitality” is in the neighborhood but is pretty vague.

Now think of spiritual life.  Seems like we would need to put Enoch at the top of the list.  Who would be in second place?  And why?  What are the metrics for “dynamic spiritual life?”  And more to the point, how do we get from where we are to “there” wherever “there” might happen to be?

Not much vocabulary there!  Which is sad.

The bottom line is, God has vocabulary and strategies to get us “there” and He can move us along the path, even though we can’t describe “there.”

These are prayer strategies to impact the land, the building and the atmosphere in the venue, in anticipation of God masterfully executing His strategy in us, while we wait in expectancy, but without strategy at times. 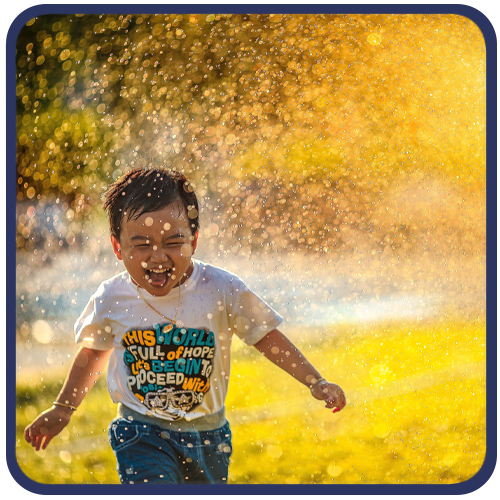 Weird, isn’t it?  We have an intuitive sense of what life is and isn’t but reducing it to a sentence or two is hard.

Now try this.  What would “more life,” or “more alive” look like for YOU?  Not just more health, or more years ahead of you, but more life.

I think most of us would welcome more life, but how would we measure it aside from health and years?

But that is absolutely WHY Christ came.

I have come that they may have life, and have it to the full.  NIV

I don’t think we even have language for what having life to the full looks like, but I am absolutely sure, I fall short.  And so do the rest of us.

You are slated to war for this topic in Space I in the venue.  It is actually the whole purpose of our event.  I want to remove as many obstacles to a robust life as I can and unleash as much of the life of God as I can.

Clearly my tools will be made available to everyone in the room, but I feel strongly that this section needs a massive dose of intercessory investment, so that God can send specific people to be marinated in “life more abundantly” by sitting in your prayers and my teaching for a day.

The starting point will be anger.  I want you to become angry this week – really angry.

Go through your life from earliest memories to the present, and consider every single person who tried to make you less than.  Some blocked you.  Some ridiculed your dreams.  Some theologized that God would not approve of your being big.

We have all been there, some more than others.  We have dealt with each situation (or stuffed it) as it came up and moved on.  Some of the time, we pushed through and lots of the time we moderated our passion.

Second step is to envision who you might be today, if you had been surrounded by cheer leaders and supporters and coaches who brought the very best out of you.  Envision such a “you” today, with a different journey.

I hope when you see the gap between what is and what could have been, you are angry.  That is the intent of the exercise.

Then flip the script and try to see it from God’s point of view.

Imagine being a silent bystander, watching people tear down your kids, diminishing them, blocking them from having a big life, telling them they can’t, aren’t, shouldn’t, won’t ever . . .

Generally we would be more angry at those who tear down our kids’ future, than we would be about our own journey.

And that is God’s anger towards critters and humans who have relentlessly taken masterpieces He has designed and warred to downsize them.

I know we did a lot to damage our own lives.  That is a topic for other times.  Right now, the issue is God’s anger over those who make it their goal in life to make big people small.

Spend some time getting in touch with your anger and with His.

In the strategy paper, we will begin to redeem our sorry journeys by creating the best possible launching pad for God to avenge Himself on His ancient enemy, by unleashing some people from their junk, and filling them with abundant life while they are sitting in Space I, so they can leave Shelby fantastically alive and never look back.

As we move into the next phase of prayer, building a spiritual atmosphere for abundant life in Space I, use the attached sheet of Biblical characters to pick out a pair of people who “grew” in the size of their life.

For most, we can’t put language to what happened, but it had to be positive.

Take Eliezer, Abraham’s servant.  His smallness is evident in his prayer.  And he said, “O LORD God of my master Abraham. . .”  Beyond any question of a shadow of doubt, God partnered with HIM in that project.  Yes, it was FOR Abraham and Isaac, but God answered HIS strategy prayer in a big way.

How was Eliezer a more alive man when he returned to Abraham?  I don’t have words for it, but I am sure he was changed.

You can turn that situation into a prayer.  “Father, if anyone in Space I has faith in someone else’s faith, would you cause them to have a personal experience with You answering THEIR faith!”

Or how about the whole of Judah when the Assyrians threatened Jerusalem?  For God to keep them from being defeated would have been awesome.  But what happens to you, as a lowly subject of King Hezekiah, when the word filters down to your corner of town, that the God of Judah had KILLED 185,000 enemy soldiers while they slept?

Where do you even put THAT?  Is it fake news?  How did that make it by the Twitter fact checkers?

And what does it do to you, a small guy, working a nowhere job, in some little corner of Jerusalem’s economy?

I don’t have language for that either, but you can turn that into a prayer.  “Father, if anyone in Space I is hanging on by their fingertips, just hoping against hope that they will survive some crisis, I ask you to do something so much bigger than helping them survive.  Give them a wide space and a big infusion of LIFE.”

Choose two people as your prayer points for LIFE in Space I.

A newborn child, cannot envision the delights of knowing how to read.

A six year old playing house with her dolls, can’t really know what marriage is like.

A male OB, can’t really know what carrying and birthing your own child is like.

Similarly, we don’t even know the amount of life we are able to live when we are fully empowered by God.

Spend some time looking at the people in Scripture who ended up being “larger than life.”

Consider Moses at the burning bush, then again on Mt. Sinai, listening to God narrate creation.

Joshua going from being Moses’ aide to watching the walls of Jericho come down.

Marinate in massive expressions of life in Scripture in order to enlarge your view of the subject.

Then lift up all 18 people in that section, asking that God would express in them the life that He wants them to have.

Pray that GOD’S will would be done, and He would not be limited by our biggest prayers.