The lust for power began in the Garden and will go to Armageddon.

From beginning to end, that thread ends in destruction.

God is not defeated.

There is one kind of power that God encourages us to seek.

THAT power transforms and unleashes, instead of destroying and diminishing. 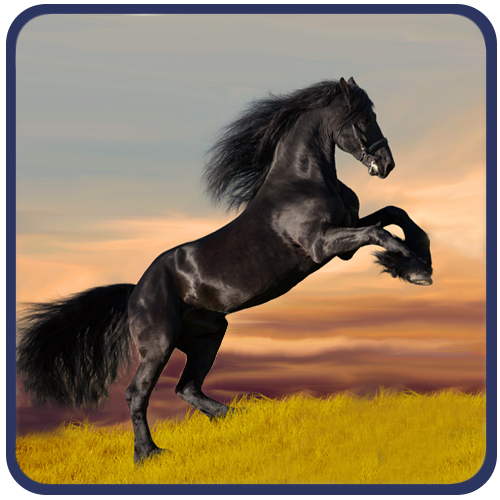 Power is one of the most sought-after facets of Christianity.  Few really have as much as they think or say they do, and of those who do have power, fewer still use it wisely.

Christ is an interesting study in the use of power.  People consistently wanted Him to use power in ways He would not.  And, especially when He went to Jerusalem, He used power in lots of ways the religious leaders wished He wouldn’t.

One of the most paradoxical and comedic episodes was in the Garden.  He wept drops of blood over the powerlessness that was coming.  He submitted to God and angels came and filled Him up with power.

Judas and his rabble came to arrest Him.  Jesus asked this uncouth, murderous crowd, “Who do you want?”  When they indicated who they were looking for, He said, “I am he.”

All those tough dudes got slain in the spirit from the anointing on Jesus’ sound.  He had to urge them to get up off the ground and come arrest Him in a proper way.

Then Peter whacked an ear off someone, and Jesus fussed at him and either picked the dirty ear up and stuck it back on, or created a new one.

And from then on, Jesus switched off His power.

As a matter of choice.

Just about everyone in Space E that you are commissioned to pray over, has a private or public wish for some sort of power.  Often it is the power to change someone else, or to change some circumstance outside them, that is tops on the list.  Some just wish, some work hard, and some pray desperately for flavors of power they desire.

The craving for power can be highly altruistic, such as Job aching to have holy kids.  It can be crass and ugly such as Judas betraying Jesus for a tad bit of chump change.

And having listened to hundreds of thousands of conversations about power and the desire for power, I believe most people are looking for the wrong kind of power.

To me, there is a right power that begets all other right power and it is found in Ephesians 3.

Verse 14ff  For this reason I kneel before the Father, from whom his whole family in heaven and on earth derives its name.  I pray that out of his glorious riches he may strengthen you with power (dunamis) through his Spirit in your inner being, so that Christ may dwell in your hearts through faith.  And I pray that you, being rooted and established in love, may have power (no word for power here in the Greek), together with all the saints, to grasp how wide and long and high and deep is the love of Christ, and to know this love that surpasses knowledge — that you may be filled to the measure of all the fullness of God.

Now to him who is able to do immeasurably more than all we ask or imagine, according to his power (dunamis) that is at work within us, to him be glory in the church and in Christ Jesus throughout all generations, for ever and ever!  Amen.  NIV

In short, we cannot WILL ourselves to obey the first commandment – to love the Lord our God with all our heart and soul and mind and strength.

We are simply too weak in our own power to bring it about.

We need power from God the Father, which is delivered by the Holy Spirit to our “inner being” so that Christ can dwell in our hearts by faith.

Once the power of the Father, administered by the Spirit, establishes Christ in our hearts, then there is a growth process that will enable us to RECEIVE the love of Christ in incremental ways.

Let me say it again a different way.

We cannot love God the way we are supposed to out of our will and our disciplines.  We just can’t.  But when we can receive/recognize/embrace/savor/celebrate the love of Christ TOWARD us, we can reflect it back.

We love Him because He FIRST loved us.

Our expression of the first commandment HAS to be a reflection of love, not original love.

And we cannot receive His love into our heart until HE is in our heart – dwelling there.

And we cannot get Jesus into our heart through wisdom, or holiness, or self-sacrifice, or self-discipline, or the laying on of hands, or prophetic words, or the impartation of a blessing from anyone.

We are weak in our “inner man.” We have to be strengthened BY THE POWER OF GOD as the absolute prerequisite to having Christ dwell in our heart.

Space E is in the center of the room.  Obviously, I will be leading you passionately in praying for the power of God to come to every single person in that block of seats to experience the power of God establishing Jesus in their hearts.

I would love it if the power of God in the middle of the room were so strong it overflowed to the other eight sections that are contiguous in the venue, even though they have their own teams praying eight other things.

This week, there are two assignments.

Second, there has been huge use of occult power in this city, for economic, racial and governmental purposes.  Some has been done legally, some through evil means.  One would assume there have been seminars in that room that overtly or covertly promoted the use of wrong power for wrong purposes.

Scrub down the center section of the room, from the outer galaxies to the core of the earth, removing every false governmental structure from the First Nations arrival to the 3rd of February, so that on the 4th of February, next year, the Government of God is the only governmental force over Space E.

In this second assignment about the power to love God, we will consider the widow of Zarephath.  There are so many things about this story that just don’t add up.

- God had “commanded” a Gentile widow to host Elijah in the drought.  Yet, it seems that the first she heard of it was when he arrived.

- She owned a two-story house, in town, large enough to have a guest bedroom, but could not liquidate it for enough to see her through the drought.  What’s up with that?

- She was planning to starve to death, which takes over 40 days, and she seemed quite sure that no neighbor would come knocking on the door to ask how she was, when they didn’t see her for a few weeks.  Huh?  What kind of a social leper was she?

- God did the miracle of feeding the three of them for a period of time, before her son was raised from the dead, but IT DID NOT LAND IN HER HEART.  After the resurrection, she said, "Now I know that you are a man of God and that the word of the LORD from your mouth is the truth."

- The death of the boy bites.  It feels like a “No good deed goes unpunished” scenario.

- And then there is the telling sentence when he died and she attacked Elijah.  “Did you come to remind me of my sin and kill my son?"

Hmm . . . instantly an old sin, big enough to merit the death of her son, leaps to the front of her consciousness.

Yeah.  Guilt will sure keep the love of Jesus from dwelling in our hearts.  E.V.E.R.Y. time.

Whatever she did was so big, so bad, so well known, her neighbors would let her die alone, and never check up on her.

That is a level of social alienation that really, really is horrifying to me.

The point of the story is that as bad as the stronghold of guilt was, God knew how to hack it.  It took some rather drastic means to do it, but God pulled it off flawlessly.

Marinate in this story, thinking of all the other widows at the time.  God deliberately chose the most messed up one He could find, so He could sort her out, while feeding Elijah.

Then think of all the people you know who you suspect have unresolved guilt and fear in their lives that is minimizing the presence of the love of Christ in their inner world.

Ponder the fact that none of them is as hard a nut to crack as the Widow of Zarephath.

Then go to God on behalf of every single one of the 30 people who will be in Space E.  Probably few are as alienated from their culture as she was, or they wouldn’t be in our seminar.

But most have some issues that diminish their capacity to receive the love of God, much less to reflect it back to Him.

Then ask Him to craft unique, drastic strategies that will hack their pain and guilt, and allow the power of God to establish Christ in their hearts, so they can reflect His love back to Father.

For this season of praying power into Space E, we will look at Peter and Cornelius.

Peter had a lot of ideas about how things should be done.  God had other ideas.

God did what He wanted to do, completely going beyond anything Peter wished for, or they did either.

Pray THAT for Space E.

No matter what expectations, or limitations people have in their minds, ask that the Holy Spirit would come with power and heal, cleanse and sanctify people, with power, according to His will, not dependent on their buying into His plan.