My wife reaches her hand to pick up the bottle of water on her desk, and misses it by four inches to the left.  She can’t synchronize to something that is standing still.  That is considered abnormal and is the result of neurological impairment.

A 150 pound bull rider straddles a one ton beast whose one desire in life is to expel the dreamer on his back.  If the rider is a skilled mind reader, he or she can anticipate the violent moves of the beast and adjust their weigh and position to synchronize to the bull and stay on.

Between those two extremes are a vast number of points of skill in synchronization or not.

And that is only talking about physical synchronization.

When you extend the picture to emotional and spiritual synchronization, there is a vast tapestry of opportunities for God to shift moving parts and make a masterpiece moment.

We pray into that with desire and strategy. 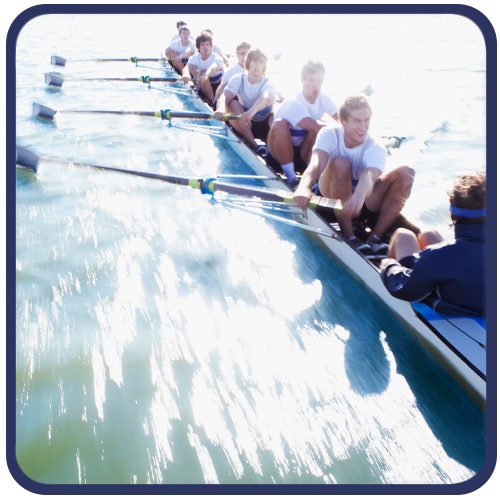 Greetings, Group 10!  I have loaded your group with some heavy hitters, because this facet of the battle means sooooooooo much to the Kingdom.

There are many faces of synchronization at an event like this.  Some are simply a small aggravation.  We have never managed to have the venue staff restock the water station during our breaks.  They won’t synchronize to us.

Most of the time they are back there, rattling around with glasses and pitchers of ice, making the kinds of sharp noises that pick up on the recording, just ten minutes after a break.

We decided to beat the system this time with bottled water, instead of glasses.  But still, imagine if the venue staff were to synchronize with us instead of marching to their own cadence?

Now vastly more significant: how many divine appointments has God planned for this event?  And who are they?  I don’t know and they don’t know, but it is entirely possible that the devil knows. And if he can desynchronize the movement of people – one unusually long red light as Fred drives in so the seat next to Jack is taken – the devil can stop a lot of Kingdom work.

Or what if a 100 mile radius around the venue is FLOODED with angels in charge of synchronization, and the future of mankind is changed because of the divine appointments that connected just exactly right at the event?

Ok, good stuff, but there is more.

My synchronization with the Holy Spirit is paramount.

I do my best fishing with a hook – one at a time. I have trialed these tools in individual settings.  Each one is DIFFERENT and I tailor the speed and the content of my prayers to the individual.

How do I do that with a crowd when I have minimal feedback from each one?  How do I know when to pause and let something work, and when to move on with the next idea?  I am simply not skilled at fishing with a net.

ONLY if I am tightly in tune with the Holy Spirit, will this work.

Think the devil has that figured out?

Think he has already put a team in place to develop a basket full of strategies to keep me from syncing tightly with the Spirit?

Think a group of intercessors could beat the devil at this game?

We will know on the 4th of February, but we can for sure guarantee that there is no low hanging fruit for the devil!

When I pray for Z______, it is slower than molasses in January. I pray a few paragraphs, chill out while she processes, then get the green light, and go forward.

When I pray for C______, she is usually done processing before I am done talking.

When I pray for S______, he is usually tracking evenly with me, not running behind or ahead.

Different people process at different speeds.  Nothing surprising.  Not something I can change, so I adapt to their cadence of processing – when I am fishing with a hook.

Can’t quite do that when I fish with a net.

What if we upped our game and were able to bring EVERYONE into synchronization with the Holy Spirit, and the whole room was “in one accord” not with their will, but with their spirit, being in the same cadence?

In most big moves of God, 20% of the people in the room are under the power of God and the rest are affirming, but only observing.

In epic moves of God, everyone in the room is simultaneously impacted by the power of God and the world is a different place because of it.

Can we bring that about with our prayers?

But you know, the devil has done that not so much through prayers, but through the power of the treasure in the land.

In the early 1900s, the “Shelby Dynasty” of political bosses, controlled the governor’s office and the North Carolina representatives to both House and Senate in Washington, as well as placing strategic judges.

Google says, “In 1920 the state was 75 percent rural, largely illiterate and experiencing a shift from an agricultural to a manufacturing economy.  There were 2.5 million residents then . . .”

How could 3,200 bench press 2.5 million?  It had to be supernatural.  And I believe there is a deposit for government in this land.

Megan and I drifted into town quietly, this week, and had some casual chats with locals, and one of them cheerfully admitted that the whole county is “all about politics” and that the county commissioners run “everything.”

Soooooo . . . what would it look like, if the deposit in the land that was originally placed there by God for God, was accessed by you ten intercessors, and that POWER was released into synchronizing everything for the sake of the Kingdom of God?

Dunno if we can do it, but I am going to lead you all in studying the Government of God through the grid of synchronization.  Let’s see what we can accomplish in three months.

It could change the world, if 200 people have a staggeringly huge encounter with the KING of KINGS expressing new facets of the Government of God.

So here are your two assignments for this first season.

First, check out the existing human government.  Each of you will eventually be adopting one of these.  Look up everything there is on the web. https://www.clevelandcounty.com/main/government/county_commissioners/index.php

If possible, print a generous map of the county and the city.  If you have wall space, put it on a jump drive and take it to a print shop to put on a big piece of paper.

Second, look at your own life and see where synchronization shines.  Skip all the areas where you messed up or others messed you up.  This is not a time for remedial work.  We need to run with the authority we have.

One of you had a father who ran a factory.  She studied flow in factories for years as a child, and became intuitive in seeing where the choke points were, what needed to be adjusted so that the flow from beginning to end of the assembly line was fluid.

THAT is her particular journey regarding synchronization.

Another teaches advanced horsemanship.  A different flavor of synchronization.

A third is an athlete.  Yet another.

Study your life, make a list of where you have sparkled in synchronization of every sort and have it in hand for the next round.

In a couple of weeks, I will send the next assignment.

This will be short.

Since we started the prayer teams, I have been getting whacked.

I am well above average with synchronization, in fact it is a passion of mine.

But, we have lost something, somewhere.

I don’t know whether this is coming from Shelby’s critters.

Or this is incidental to the prayer team and is the result of the election chaos which certainly had some serious spiritual junk flying around.

Or whether we have someone on the other side who is part of the prayer team and is sabotaging.

Don’t need to find out.

Would you just flat out push back and see if you can restore order in my life and in the office.

First, a report on the last request.

Things are much better.  I am having some issues with mechanical things breaking or glitching, but the synchronization with God and people has dramatically improved.  It is not all the way back to what is normal for me, but it is highly functional, and above what most people have.

Looking forward, I would like you to pray into my synchronization with Christ for the immediate future.  Specifically, I want to really excel in The Dance – from Bride to Son. I believe that in addition to the data, I need something new from Christ to position me for this event.

He is the master of bringing extraordinary circumstances into our lives to build something new into us.  I don’t know where I need to grow bigger to be able to effectively deliver this message, but He does.

I have no concerns about God doing His part to stretch me, unpack me, grow me.

The weak link is always Arthur Burk.  So hammer down on my spirit being able to “. . . test and approve what God’s will is — his good, pleasing and perfect will.”