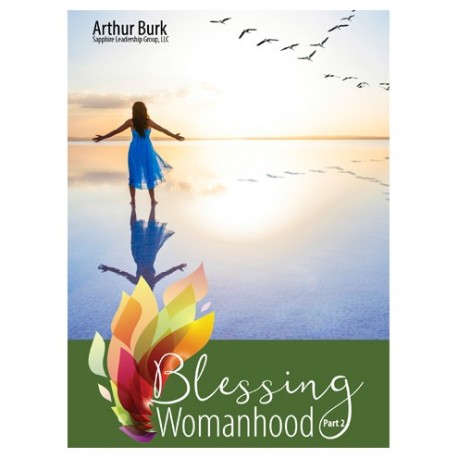 Exceptional womanhood consists of discovering the essence God placed in you and finding out how to unpack it in the context He placed you in.  This album features nine women from Scripture with unusual journeys.

This is a downloadable album of four CDs.

I had the advantage of listening to Blessing Womanhood I and then attending Blessing Womanhood 2. On my [LONG] drive home, I found that my entire frame of reference for LIFE had shifted. When you grow up in the Evangelical faith, (pick a denomination, any denomination), you come to know the Bible continuum. Adam, Noah, Abraham, Moses, Isaiah, Zechariah, Jesus, Saul/Paul, John, and so on. There's an unbroken line that you come to know quite well - the timeline of Faith. But the women pop up only sporadically, and frequently in unfortunate circumstances. From the pulpit, I heard very little about the women, and it was always "Eve the Sinner, Lot's wife the Disobedient, Rahab the Harlot, Mary Magdalene, the Prostitute (and Mary M. WASN'T A PROSTITUTE!! Listen to Blessing Womanhood I, CD 3, Track 3!!!!!!!) Just bits & pieces, & mostly as a way of telling the stories of the men. So as a young girl & then a woman, my view of being on the Timeline of Faith AS a woman was fragmented, guilty, furtive, and abashed. Better to lay low and not make waves, so I wouldn't mess up, like they did. Even the virtuous ones like Ruth & Mary, mother of Jesus were portrayed in a way that was two-dimensional & unreal. After listening to the Blessing Womanhood I set, and then hearing Blessing Womanhood 2 in person, I came away stunned. I realized that, for the FIRST TIME IN MY LIFE, I had a seamless, unbroken Timeline of Faith for women, for ME. Eve's design was uncorrupted in spite of her sin, and she shone in that design. Rahab was a courageous and strategic hero. Martha (about whom I had only heard negative things from the pulpit) walking out her wonderful design. Elizabeth, a worshiper of stunning depth. Suddenly, I could also see myself also on that grid of women of faith & God's design, and the grid was unbroken from the beginning of Creation. I make sense. I am exactly where I am supposed to be, and I have a spectacular host of mothers and sisters ahead of me, whose example I can love and follow. It has absolutely and permanently rocked my whole world.

I thought this teaching was full of eye-popping details regarding the background and design components of many women in Scripture. I loved picking out the woman I most identified with and reveling in the dignity of her choices in action. It was inspiring to see how these individuals played the hand they were dealt leveraging their God-given design in remarkable ways.