This strategy was sent to the whole intercession team since it covers a venue space not included in the 9 zones. 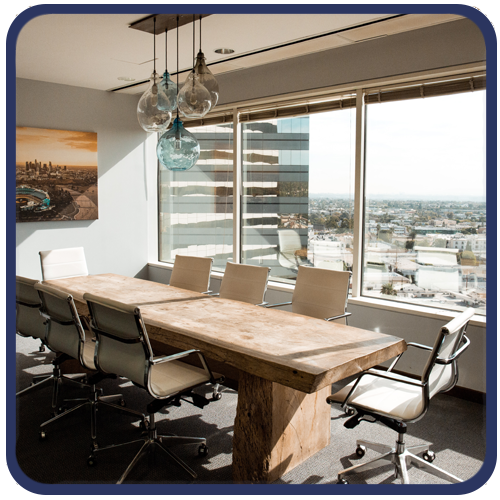 First of all, thanks for still being in the game.  The ranks are thinning by the week.

Second, this request is going to everyone, in addition to the specialized emails to groups.

The issue is the space between the speaker’s podium and the audience.

Almost invariably there is a spiritual structure there.  It can be amplifying or muting or blocking, depending on the relationship between the front man, and the audience.

You have a special group who have been allowed to get very close to the stage.  They are hoping for a brief touch from the super star, or a second of eye contact, or whatever.

The emotional energy there is vastly focused on getting the most possible from the musician.  The vibe is that he has what you want, and you will be a better person for getting the song, and whatever intangible energy flows from the performer.

Those 50 people vigorously reaching out to the speaker, desiring to receive the maximum of everything possible, build a structure that is amplifying.  The energy from the performer goes into the whole crowd loudly and strongly as a result of that spiritual dynamic.

Multiply that times 100 concerts in the same place, and you have a formidable device.  Not a bad thing.

When my wife and I were young and dumb and broke, we used to go to the rubber chicken dinners where we ate and then sat through a sales pitch.  I was the chief cynic in the room, and it was not unusual for me to lean over to my wife and whisper,  “He told five lies in less than three minutes.  A real pro.”

This is the dynamic with most speaking spaces.  The speaker is exhorting, or explaining, or selling to a mildly interested, mildly cynical crowd.  That creates a muting effect.

When you are in a room where the same speaker is presenting repetitively – a church or a business conference room – and that speaker is historically abusive, demeaning or otherwise not user friendly, it builds a huge spiritual wall, blocking the engagement of his/her spirit with others.

I can walk into a church where I know nothing of the pastor, and walk through the space between the first row of chairs and the platform, and often tell you a lot about the nature of the pastor, based on the texture and flavor of the wall that is there.

Abusive pastors, who beat the sheep every week, leave a deep divide in the spiritual landscape.  The more the structure blocks them from the spirits of their people, the more frustrated they become, and the more spiritually and emotionally violent they become, trying to pound home their ideas to the audience who is shielding themselves vigorously!

We obviously have no idea what the history of the speakers is on the specific portable platform I will be standing on (which needs to be cleansed separately from the land) and we can’t measure what the current condition of the spiritual space between the platform and the first row is.

So here is our battle plan.

1)      Ask God if this is yours to deal with.  I am sending this as a blast to everyone, but don’t engage if it is not alive and vibrant for you.

2)      Look at your life and find the most unexpected transformation from God.

For me, it was God sending me to a three-day conference put on by a Pentecostal, Exhorter, Italian prophet who took (emphasis on TOOK) an offering at the end of every single session.  It represented absolutely everything I disdain about organized religion.  Exhortation delivered with a sledge hammer, making endless promises from God that God never made!

I went in full-on passive aggressive pseudo obedient mode.  I was there.  True story.  And I was sitting in the peanut gallery, as far away from him as I could get, with my arms crossed, my heart and my mind as closed as I could get them.

God was amused, not inconvenienced one tiny bit, and hacked my firewalls with a broken toothpick then inserted a staggering truth into my inner being that has transformed every single day of the rest of my life.

It was an epic mismatch.  Arthur’s bad attitude against God Who Gets the Job Done.  It didn’t even merit a comic strip in heaven.

My second favorite was of Dave.  He was a career alcoholic at 22, with a drawer full of AA 30-day tokens.

Some people witnessed to him in a park on the 3rd of July.  He said it sounded reasonable, but he was planning to get ripsnorting drunk on the 4th, so he was going to put off getting saved until the 5th.  They gave up and walked away.

He got massively drunk on the 4th.

He woke up on the 5th with the Holy Spirit sitting on top of his crippling hangover.  He remembered how logical it sounded on the 3rd, so said YES to Jesus and was magnificently transformed.  He was thrilled.  It was life changing.  He called his friends, told them what happened, and they all had a blow out party celebrating his salvation.

He woke up on the 6th with a crippling hangover, and just enough clarity to wonder if maybe Jesus would have used a different way to celebrate salvation, other than getting drunk!

A few gallons of alcohol are no inconvenience for the Holy Spirit.  Gets the job done, with ease!

So pick your improbable story, or stories of God getting the job done in you, with a still small voice or via a purple kangaroo in a palm tree in Norway.

That is a very important distinction, because the work we are doing is warfare first, to clear your life of unnecessary add-ons, then we will be doing healing and transformation.

You need to have faith and vision for both sides of the work we are doing.

Turn it around, over and over again.  Look at the nuances.  See how hard it was for God to get the job done.  Celebrate all the different angles to it, and the different resources, and the timing and the synchronization.

Maybe share the story with someone else, to light them up.

Or write it out.

Or ask each of the seven portions of your spirit what facet of the story sparkled for them?

Or if you are a Creation person, go to the birds or the animals and tell them the story.

Do what you need to do to light up your spirit with a fresh hot flame of faith, excitement and amusement over the God Who Gets it Done!

From that place of a spirit-on-fire, speak into the land and the air, between me and the seats, and build a fantastic spiritual device that will be used by God to empower the words I share as they leave my mouth and head to the hearts of the Tribe.

Spend time addressing the amplification of the deliverance authority and power.  Lots of critters are coming to this event, dug in, determined to be the last man standing, if at all possible.

We want to leave them severely disappointed at their endurance level in the face of the God Who Gets It Done.

AND we want an epic rebuilding of our timelines, and all the rest of our humanity.  Some sweet revenge for all the years we have been operating at half strength.

Thanks for building a heavenly device there.  Each of you has a different journey, knows different facets of God, and can add different dynamics to the grand device.